For more than 15 years, the Italian Government has instituted a major programme of station restructuring, including the creation of many new station. Florence is, together with Bologna, a crucial node in the railway net of high-speed trains connecting the south of Italy (Naples) with the north part (Milan and Turin). The overall masterplan constituted (and it still does) an impressive amount of work in both the underground and the surface of the urban tissue.

Separated respect to the actual main central railway station (Santa Maria Novella – S.M.N.), the multi-storey new Florence TAV Station is located a bit northwise, developing, for a length of around 500 meters, parallel to the rails reaching S.M.N.; its roof will lay roughly 11 meters below S.M.N. elevation, and the customers will get on board 55 meters underground. Wind tunnel tests have been carried out aimed to the evaluation of the pressure field of the entire envelope of the roofing system, which is open at the two extremities and on one side, so that net pressures had to be measured. This represented the most complex obstacle in the physical models realization. Another task for the contract was to assess of the eventuality of any issues dynamically affecting the two so-called ‘beaks’, which reach a height of 18 meters and an overhang of more than 50 m.

To accomplish all these goals two models were designed and constructed for instrumenting: one model of the whole roofing, 1:250 geometrically scaled and instrumented with 248 pressure taps, plus another bigger one, 1:100 scaled, for each beak, equipped with 124 pressure taps. The correspondent surrounding was realized for each of the models.

Every model had to be endowed with pressure taps correspondently measuring in the upper and lower side of the roofing, which is constituted by a thin layer of plastic material (variousely finished in the different part of the surface), enclosed in a 3D spatial metallic frame made by hollow trapezoidal elements. The geometrical construction was quite puzzling to be numerically modelled so to relalize suitable 3D files for prototyping. For both the laboratory physical models different thickness of double-skin-layers, separated by an air through-cavity allowing the pressure taps tubes to be arranged, were deigned and 3D-printed and assembled in peces.

For each model 16 wind attack angles were tested (360° in steps of 22.5°) so to obtain net pressure maps for each direction, from which design values were calculated. 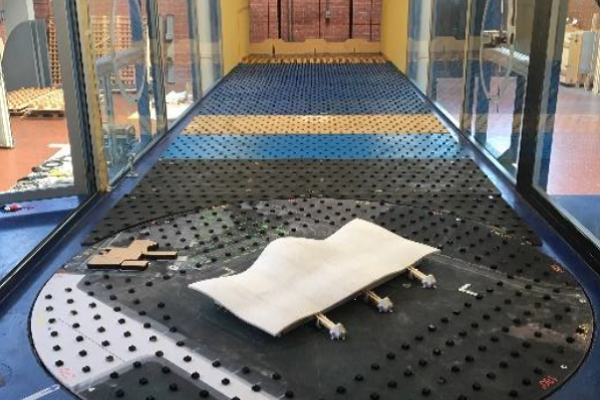 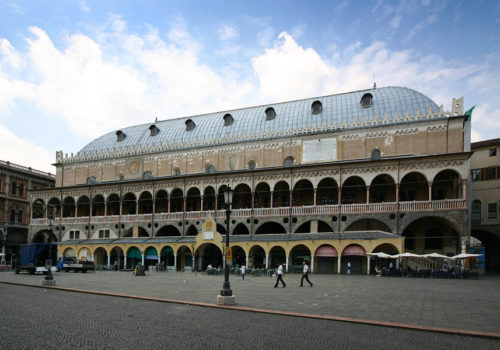 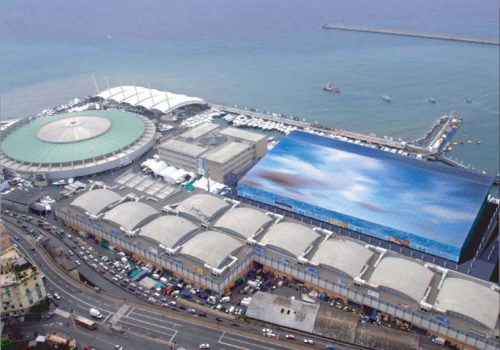 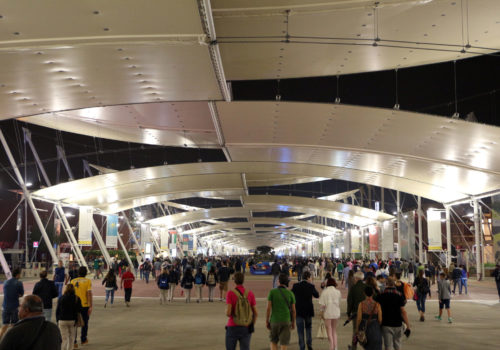 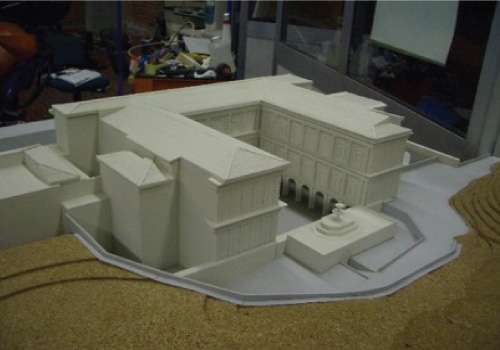