Olympic Stadium (Κεντρικό Ολυμπιακό Στάδιο) inaugurated in 1982 and renovated because of the higher international standards requested by the Committee of the Olympic Games of 2004. In particular, the roofing was added to the original construction able to accommodate up to 70.000 people, made in polycarbonate and designed by the Spanish Architect and Engineer Santiago Calatrava.

In the wind tunnel 16 wind direction were tested after having equipped the model with 256 pressure taps, developing a boundary layer velocity profile characteristic for the sea-side area. 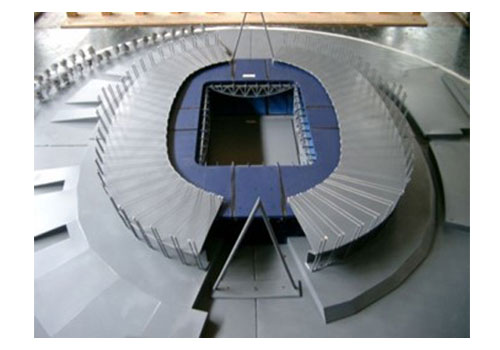